Will there be mosquitoes for the 2014 drawing of the football world cup in Brazil ?
The full season of mosquitoes and the maximum risk for the yellow fever, and dengue fever in Brazil is from january to may, and especially in february and march.
For this drawing in december, there should thus be a minimum risk with the tiger mosquito and attached diseases.

Soccer world cup 2014 will occur in 12 Brazilian cities, since june 12th to july 13th. It’s estimated that about 500000 people will assist. Those people will obiously come from Brazil, but also from other countries of other continents, like United States, Europe, Asia and Australia.

Many people would like to assist to this world cup in 2014, but there’s a guest that will assist to each match. Not that he know the schedule, nore that it has a lot of money… This gest is the asian tiger mosquito !. Indeed, this mosquito has installed in Brazil a long time ago, and spreads each summer. But the problem is that this mosquito can carry the chikungunya disease, and this period is the epidemic best period for the dengue. Scientists tell this epidemic will be maximum for 3 of the 12 world cup cities : Salvador, Natal et Fortaleza. This means that there a mots chances that in june an july 2014, the dengue epidemic will be there, and will be able to spread and contaminate people.
The dengue fever symptoms include most times : fever, headache, muscle and joint pains, and can cause to death in 20% of time if nothing is done, and 1% if it’s correctly healed.

If you plan to go to Brazil in 2014, to see one or more matches, you’ll have to protect against asian tiger mosquito. Please remember also that the asian tiger mosquito is also present in other countries (see asian tiger world map at the same time, so it can carry the disease and spread allover the world. So be carefull !

This is the mouth parts of the aquatic third-stage larva of an Asian tiger mosquito, newed behin a microscope.
It’s been magnified 800 times.
The asian tiger mosquito that will grow from this larvae can be a vector for several deseases, like the dengue or the chikungunya

The virus of Chikungunya

The virus of chikungunya is transmitted by mosquitoes and especially by the asian tiger mosquito.
Chikungunya was first identified in Africa. Its symptoms are joint pain, fever, headache, conjunctivitis, and rash.
Chikungunya car be transmitted to humans by mosquito bites. The dengue mosquito (Aedes aegypti), and the Asian tiger mosquito (Aedes albopictus) are its primary carriers.
This virus hasn’t colonised Australia yet.
168 cases of chikungunya has been declared in Australia since 2002, with the majority of infections acquired by travellers in Malaysia, Indonesia, and India.

We only know that some parts of Australia have the right kind of environmental conditions for the asian tiger mosquito to spread.
The asian tiger mosquito is alreadt installed in Queensland, so it’s the most likely place for the chikungunya to become established, but several other places could also be favorable.
The Asian tiger mosquitoes may also colonise the Australian mainland from their springboard on the Torres Strait islands, where we know they have been since 2004.

The asian tiger mosquito is present in California. It was first detected in the Central Valley communities of Madera and Clovis in June, and were detected again this week in the city of Fresno and in Menlo Park in August.

This mosquito bytes during the day, and can transmit several deseases like dengue or chikungunya, or the yellow fever. These deseases can kill. For now, the 200 cases of dengue detected since 2010 were imported cases (desease contracted in another country). But is one asian tiger mosquito bytes an infected person, it can carry and transmit the desease. Imagine if it occurs in California. “The nightmare scenarios is it gets established in California and then a mosquito bites someone with an imported case of dengue,” Phillips said.
The asian tiger mosquito is also present in Arizona and Texas.

“If it gets away it will change the way we live in California. You may not be able to sit on your patio and enjoy a cup of coffee during the day without getting bit,” said Tim Phillips of the Fresno Mosquito and Vector Control District.

In the places where this mosquito has established, you have to change the way you live.

If you want to prevent against the tiger mosquito, read the following pages :

The Asian tiger mosquitoe has arrived a few years ago to the United States, and they’re now spreading.
The female asian tiger mosquitoe needs blood to support egg-bearing (males do no byte).
A University of Kentucky found that asian tiger mosquitoes were responsible for 90 to 95 % of bites on Lexington test subjects during summer 2013.
Scientists are thus working on a method to stop the spread of these mosquitoes, which are now in every Kentucky county and are flying west — toward California — and north — toward New York and New Jersey. This technology is developed at UK, but licensed to the Kentucky company MosquitoMate.

The idea is to use the bacterium Wolbachia. Releasing males with a different strain of this bacterium from that in the females in a targeted area results in males mating with females and producing nothing. The eggs don’t develop.
The release of the Wolbachia-bearing male mosquitoes puts a substantial dent in the biting Asian mosquito population. A mosquito tends to stay in a fairly small area during its life, usually less than 150-200 meters.

In 2014, the UK researchers will begin studies with the new-strain Wolbachia mosquitoes in neighborhoods around the university. 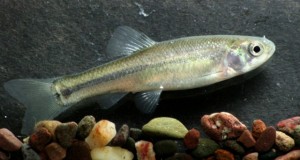 The Asian Tiger mosquito is now in Rockland, thus residents to protect against it !

Fathead minnows : a type of fish that eats mosquito larvae before they become flying 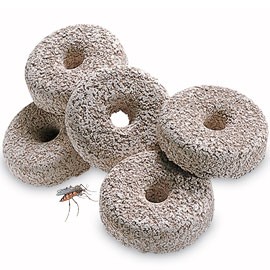 [Source : Health Dept. Offers Free Mosquito Control Products to Help Residents “Fight the Bite” | The Rockland County Times]
We published a post last week, saying that the tiger mosquito had installed itself in the Netherlands, but RIVM director Roel Coutinho told news agency ANP that ‘It is not true to say the mosquito has established itself here. They have been found in the Netherlands but they are not here to stay.’

Wageningen University mosquito expert Bart Knols told local broadcaster Omroep Brabant the mosquito is not yet a resident. However, he said it is very likely it will become one unless tough import rules are introduced.

Stay tuned on tiger-mosquito.info, we’ll keep you informed whenever there is news !

The ECDC reports that the tiger mosquito has finally established itself in Netherlands. It has been detected to the north and south of Amsterdam and in the Westland area near Rotterdam.
It has also been seen in Utrecht, Noord-Brabant and central Limburg but no breeding colonies have yet been identified. – See more at: http://www.dutchnews.nl/news/archives/2013/03/disease-bearing_tiger_mosquito.php#sthash.h6NjGVZb.dpuf.

The tiger mosquito can carry several deseases, including Dengue and Chikungunya.

Remember that the aedes albopictus, or asian tiger mosquito CANNOT be erradicated. If you see some around you, that meens that it probably installed not far and will never go away. You thus have to learn how to live with it. You can find all the info you need on this page : how to prevent from the asian tiger mosquito

This is the very first time since the Asian tiger mosquito was identified in the area in 2011 that officials will be targeting the mosquito’s larvae.
They will continue to target adult mosquitoes when they feel it’s warranted but they feel they should also use other methods to try to get the population down.
The main concern is this is a mosquito that is not native to Southern California and it shouldn’t be there !